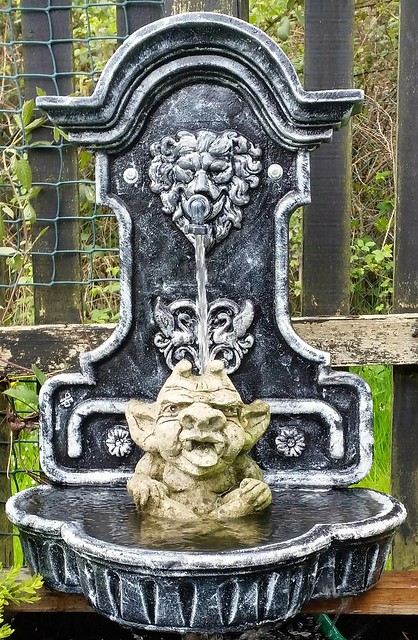 When browsing around old junk yards, we came upon a beaten up old cast iron garden 'sink' thing.

It had rusted in places and the paint was peeling off, but looking behind its tatters, we saw something that would be perfect and fit in with the ethos of my garden.

It was rubbed down to remove all the rust and flakey paint ... 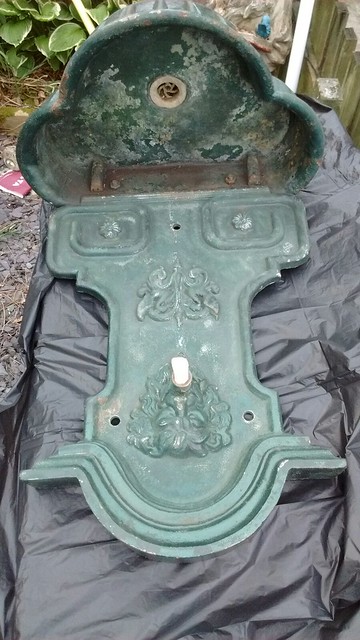 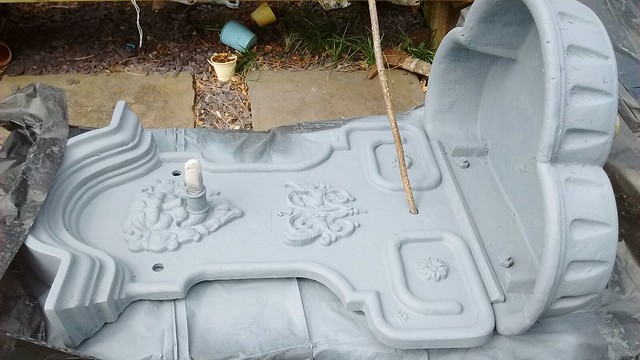 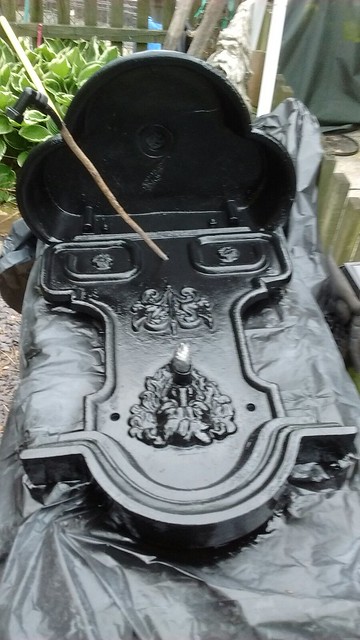 It's absolutely solid and weighs a lot, as you'd expect. The back was not sprayed and left in the green. It still has the old copper pipe in imperial measurements, which caused one or two problems because we've gone all metric lol. But we managed.

Once the last coat of black had dried, I dry brushed it, using a sponge and some white paint ... Also suitable for metalwork. 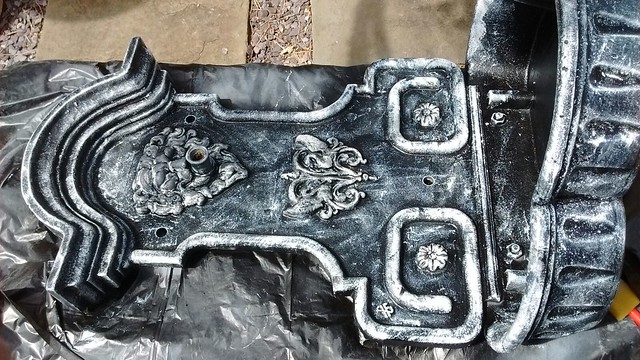 All the while, it had to lay on its back because it was simply far to heavy. Once it had a few coats of gloss lacquer, it was ready for fitting.

A heavy wooden frame was made to bolt it onto. We also purchased a small, electic pond pump as the sun jet water pump I have simply would not do. 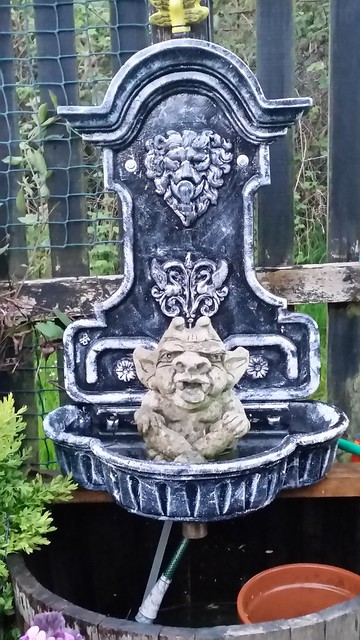 I cleaned out my water barrel, to use as its reservoir and refilled it. I ended up with pipes and gunk all over the place ... Don't you just love that green slime that grows when you neglect something?

The sink hole was already blocked up, so we left it as it was. When the sink part is full, it runs off into the barrel making a wonderful sound! No doubt, it would have had a brass tap on it at some stage in its life, I've put a simple little "L" fitting where that would have been. This also helps with the direction of the runnjng water.

It's so heavy, a length of wood was used to hold it on top of the barrel, as well as it being bolted to its frame and then to the fence. I also put my little ugly guy in there! It looks like he's having a bath.

A new outdoor electric socket was fitted to plug it into. I'm thinking of using the spare plug for some night time lights, but I'm not sure yet.

I'd like to say I did this all myself, but this is not true, my daughter took most of the photos whilst my better half did the spraying and, well, we all had to lift it.

I think it's a rather handsome addition to my garden. I just need to sort out the flower bed that it's nestled in. Better late than never!

A massive thank you goes out to all those that helped me achieve this spectacular, reclaimed water feature. 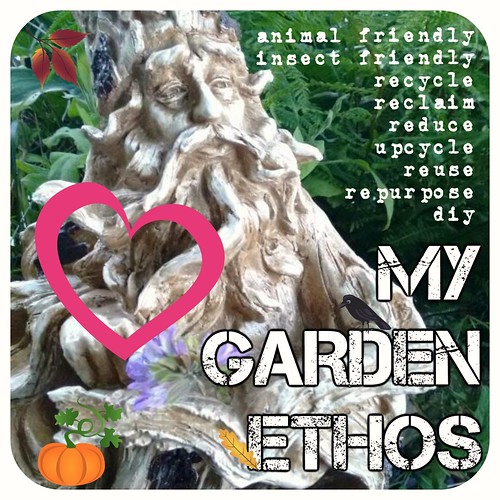 Comments
Monetize your blog or webpage